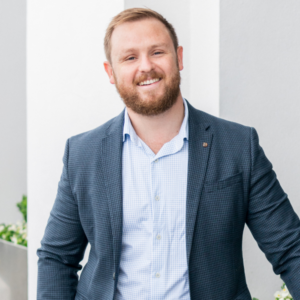 James Kerslake is the Founder behind luxury cocktail business Tom Savano. After graduating at the age of 20 from Auckland University with a bachelors in Computer Science, he spent two decades working in finance before dabbling in the world of cocktails.

Between 2011 and 2018, James flirted with a number of different ideas such as BarPanda (an app to order drinks in a bar and split the bill with friends), FindJoe (A similar concept to what is now TaskRabbit/Airtasker) as well as a few writing projects however in 2018, when a friend’s sister asked if he could do cocktails for her wedding, James’s lightbulb moment happened and the idea for Tom Savano, the now award winning luxury cocktail business, was born.