Driving the Cost Effectiveness of Launch – When Will It End? 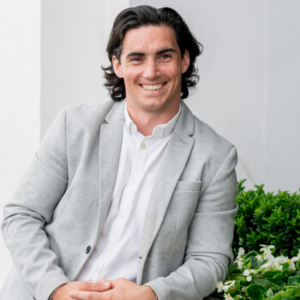 Whenever I think about space, one of the first things that comes to mind are rockets. These rockets are humongous and could launch anything and everything into space, backed by nothing than pure power!

It may have been a generation or so before me, but seeing the sheer size of the Saturn V when visiting the Kennedy Space Centre, I couldn’t believe something that big could launch people into space. Looking back on those times objectively, there was no thoughts to cost and the budgets were of insignificance than being the first nation on the moon. They had their goal in mind and nothing was going to stand in their way. The cost of the launch was astronomical (if we compare it to modern times) – $1.2 billion per launch. There’s nothing that is going to come close to that cost, going forward with the premise behind long term growth around the cost effectiveness of the accessibility of space data.

With this comes an interesting question…

How far can we go with making launches more cost effective? Looking back on the market in the early 2000’s, it was a government dominated area with a high cost per pound of weight of around $30,00 in today’s money. The introduction of commercial entities such as Space X & Rocket Labs has opened the door to further innovation in the launcher market.

The idea that these two organisations have, of utilising reusable rockets has been one way that the cost per launch on some vehicles can be as low as $1,200 per pound. This reduction hasn’t just made it cheaper for those already launching payloads into space, but has opened the door for companies developing brand new payloads to have easier access to space than ever before.

The growth of the CubeSat market means there’s no shortage of companies looking for space on a launch and the low-cost options of a rideshare has opened up the door for these new ambitious space companies.

How far can we go?

How far can the boundaries of cost effectiveness be pushed before there is a break? We are still in a very innovative time within the launch market, as we have companies like Virgin Orbit, Skyrora, Equatorial Space and others all trying to create a unique, low-cost solution to propel the launch market forward and focusing heavily on the small sat industry. Whether it’s using altered commercial jets such as a tool for launch, 3D printing the rocket or developing a more sustainable fuel, we know that the driver for this innovation is to lower the cost – to make space more accessible for the wider market. The question these companies will face is: can they do it cheaper than the established ‘big boys’ and their rideshare programmes?

My hope is that we can expect healthy competition for years to come in this exciting, enthralling and challenging industry and the ‘How far can we go?’ question is more about the distance from earth.